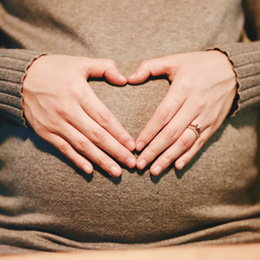 According to mythology, surrogacy existssince long time before Christ. There is an ancient Indian legend narrating about a surrogate mother who transferred a child, the future Great Hero, to the childless queen’s womb. It is shown inthe most ancient fresco in one of the temples of India.

In modern history, the first gestational surrogacy was conducted in 1985. The surrogate carried the biological child of a woman who had a hysterectomy, but had retained her ovaries.

Surrogacy is one of the methods of assisted reproductive technologiesand is used in the treatment of complicated cases of infertility.

In vitro fertilization (IVF) is a process of fertilization where female egg (biological mother’s or egg donor’s) is combined with sperm (biological father’s or sperm donor’s) outside the body of a woman, in vitro (“in a glass”). The process involves monitoring and stimulating woman’s ovulatory process, removing eggs from the woman’s ovaries and letting sperm fertilize them in liquid in a laboratory. After that the fertilized egg (zygote) undergoes embryo culture for 3-5 days and is implanted in the same or another woman’s (surrogate’s) uterus, with the intention of establishing a successful pregnancy.

IVF is a type of assisted reproductive technology used for infertility treatment and gestational surrogacy. A fertilized egg may be implanted into a surrogate’s uterus, and the resulting child is genetically unrelated to the surrogate.

Pregnancy develops naturally, so delivery may not differ from the usual delivery process.

A surrogate mother is an adult healthy female, subject to having her own child, who is willing to carry another woman’s baby.

Who needs help of a surrogate mother?

Surrogacy is sometimes the only way for having a child for women who have undergone gynaecologicalsurgeries. The absence of the uterus may be caused by hysterectomy due tobleeding during delivery or multiplemyoma of the uterus.Women with genetic uterine deformity have low or no chances to get pregnant. There are also female patients born without uterus, the so called MRKH (Mayer-Rokitansky-Kuster-Hauser) syndrome.

Besides, there is a certain group of women who did numerous IVF programs without positive results. All their efforts are made in vain!

In most of the countries around the world, surrogacy is prohibited for various reasons. Georgia is one of the few countries in the world where international gestational surrogacy is legal. According to the Georgian legislation, a surrogate mother has no custody over the child born through surrogacy program. The most attractive advantage is low cost of the surrogacy and egg donation programs in our country for high number ofIntended parents around the world who cannot afford the same programs in the USA.

Actually, the prices in Georgia are 60-70% lower than those in the USA and Europe!