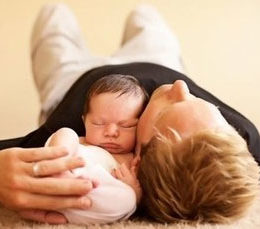 What is male infertility?

Reproduction (or making a baby) is a simple and natural experience for most couples. However, for some couples it is very difficult to conceive.

A man’s fertility generally relies on the quantity and quality of his sperm. If the number of sperm a man ejaculates is low or if the sperm are of a poor quality, it will be difficult, and sometimes impossible, for him to cause a pregnancy.

Male infertility is diagnosed when, after testing both partners, reproductive problems have been found in the male.

How common is male infertility?

Infertility is a widespread problem. For about one in five infertile couples the problem lies solely in the male partner.

What are the symptoms of male infertility?

In most cases, there are no obvious signs of infertility. Intercourse, erections and ejaculation will usually happen without difficulty. The quantity and appearance of the ejaculated semen generally appears normal to the naked eye.

Medical tests are needed to find out if a man is infertile.

BENEFITS OF SURROGACY FOR EVERYONE INVOLVED
What is male…